"Dogs of War II: Aftermath" anthology to be released at Midwest FurFest 2017

Dogs of War II: Aftermath, edited by Fred Patten, is launching at Midwest FurFest 2017 in Rosemont (Chicago), Illinois over the November 30-December 3 four-day weekend. You can pre-order it from FurPlanet, and after the con you can find it for sale through their online catalogue.

Dogs of War II: Aftermath is an all-original anthology of 20 short stories and novelettes of anthropomorphic animals (not just dogs) in military scenarios, from battle action to boot camps, from the past to the future, on land, at sea, and in space. This is designed to appeal to both s-f & fantasy fans, and fans of military s-f.

From bioengineered military dogs with Artificial Intelligence to a fawn trying to prove he's a stag, a horse sailor on a warship, a canid/ape space war, a self-aware robot bird, a fox soldier passed over for a deserved promotion, reindeer Vikings, animal Sea Bees constructing an island airstrip, and more; these are stories for your imagination and enjoyment. 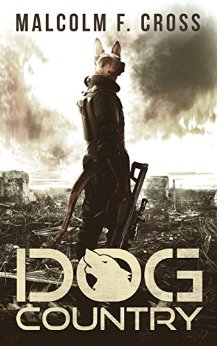