Obituary: Rick May, voice of Peppy Hare from 'Star Fox 64' 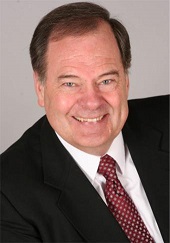 Rick May, best known to furries and non-furries alike as the voice of Peppy Hare in the English version of the game Star Fox 64 passed away April 13, 2020 due to COVID-19. May was born September 21, 1940 (with the full name of Richard J. May), meaning he would have turned 80 later this year. May had also recently suffered a stroke in February, making him even more vulnerable to the disease caused by the novel coronavirus.

May will forever be known as the man who originally uttered the memetic line "Do a barrel roll! (Z or R twice.)" in Star Fox 64, explaining to players how to perform what is technically an aileron roll in order to deflect enemy attacks. May also played the villain of Star Fox 64, Andross. Outside of furry video games, May is probably best known for voicing the Soldier of Team Fortress 2; furries might also recognize his voice behind the villainous Dr. M from the third Sly Cooper game. In addition to voice work for video games, May has had a long history of working both on and for the stage as both a director and actor, beginning with USO shows while stationed in Japan. His part in a Renton, Washington production of Cotton Patch Gospel featured a combination of his voice and stage work, as he used different voices to portray 21 characters in what was reportedly his favorite stage role. 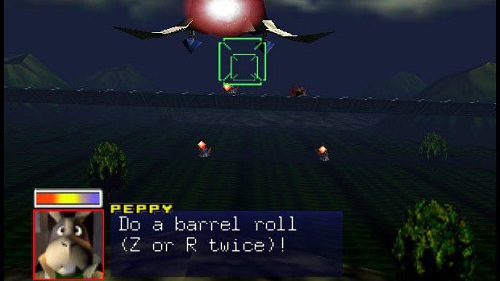 May only played the character of Peppy Hare in one Star Fox game; the English version of the role was played by Chris Seavor in Star Fox Adventures, Henry Dardenne in Star Fox Assault and Jaz Adams in Star Fox Zero. Adams has become the go-to Peppy Hare, playing the part in cameos for the Starlink and Super Smash Bros. games, and even replacing May in the 3DS remake of Star Fox 64. Peppy Hare also appeared in the original Star Fox, it's insanely delayed sequel and the handheld Star Fox Command, but voice acting was not used in those games.

As I learned this, I had (coincidentally) Star Fox 64 open in the background on Project64. RIP.

You were good son, real good, maybe even the best.